Omar was born premature at just 30 weeks with growth restriction and low birthweight. He was found to have Shone’s complex; a rare congenital heart disease which means he has defects in the left side of his heart.

He underwent an initial surgery to fix this problem, which resulted in complications which meant Omar had to stay in a local Neonatal Intensive Care Unit receiving daily care and dependent on a ventilator for months so he could grow. With Omar needing specialist treatment, he was transferred to Great Ormond Street Hospital in London (GOSH), which treats over 1,500 children from the Middle East every year for rare and complex conditions.

At GOSH, Omar was under the care of Dr Robert Yates, Consultant and Honorary Lecturer in Peadiatric and Fetal Cardiology at GOSH. Omar arrived at the London-based hospital only weighing 3.2KG and had complications including chronic lung disease, pulmonary hypertension, retinopathy of prematurity (ROP).

Omar had an initial heart operation soon after he arrived at the hospital but within 8 weeks of Omar’s arrival in UK a further cardiac operation was needed to address poor clinical progress and recurrent mitral valve stenosis- a narrowing of the heart’s mitral valve.

Too small for mitral valve replacement

“Mitral valve replacement was our only option but as Omar was too small for a mechanical valve, we opted for a modified stented valve as an alternative. We needed to modify the valve for his size, its novel position in the heart, as well as putting the valve upside down. This valve would avoid the use of blood thinners and allowed for subsequent dilatation of the stented valve as he grows bigger,” explains Dr Yates.

“The original cardiac surgery technique was pioneered over 15 years ago by GOSH and is now used all over the world. The technique allows doctors to implant new pulmonary heart valves without opening up the patient’s chest. Since its introduction, GOSH has worked to adapt and evolve the technique and now use the same stent mounted heart valve to replace the mitral valve in small babies, such as Omar. Omar is the first Emirati patient to ever receive this treatment,” continues Dr Yates.

Omar also received subsequent laser eye surgery for a serious eye disease called ROP, a surgery that saved his eyesight. "Omar developed significant problems with his eyes. He was treated locally for ROP but after transfer to GOSH he was found to have tractional retinal detachment in his right eye." Mr Rob Henderson, Consultant Ophthalmologist, explains. "We performed an endoscopic vitrectomy and were able to relieve the scar tissue. Without this procedure it was very likely Omar would have lost vision in his right eye."

His previous gastronomy insertion was supplemented by an additional surgical procedure, called Nissen’s fundoplication, to improve his reflux and help with weight gain, and he also had an inguinal hernia repair.

“My husband and I were absolutely worried and afraid during each procedure Omar had. All operations pose risks, so I guess it’s a normal feeling for parents to be worried. We try to always keep a very high optimism. Dr. Yates always made us feel that he will take care of Omar the very best way he can. We are very blessed to have the opportunity to be able to get treatment abroad,” said Omar’s mum. “We give thanks to H.H. Sheikh Mohammed Bin Rashid al Maktoum, Dubai Police, Dubai Health Authority, and the UAE Embassy in London for giving us the opportunity to get this life saving treatment for our son. We also want to thank Ms. Amal Al Qubaisi for her support throughout our stay, and her hard work to ensure Emiratis get the best treatment while in London. God bless them all.”

Omar’s recovery was prolonged and required complex holistic care involving multiple specialties, as well as physiotherapy, speech and language therapy, and play therapy. As a result of his parents continuing to fight for their son, as well as the hard work of the staff both in the cardiac intensive care unit, and Flamingo and Hedgehog wards at GOSH, Omar is now doing well.

Omar and his mother recently returned to GOSH for a further cardiac operation and a check-up on his progress including reviews on his lungs, gastrostomy and eyes.

"Omar came back from the UAE primarily to undergo a cardiac catheter intervention procedure. The stented valve that we had placed into the mitral position during his previous admission 18 months ago was now too small as he had grown considerably during that time." Dr Yates explains. "Whilst he was here, he was also seen by a number of other professionals to attend to his complex needs."

"Omar is doing really well given his difficult start." Mr Henderson says. "He has gone from a child with limited to vision to displaying real visual behaviour."

"Omar is a very adorable boy. He's very sweet and sassy!" Omar's mum says. "I never expected him to be able to do all that he is achieving because of his complex condition. He is good at playing and acting. He loves playing with noisy toys."

“He’s a very different boy now compared to last year. He’s making a big difference cognitively and socially and has improved since the last time he was here. It is a totally different Omar, he is more involved in his surroundings and he is more sociable to people around him. That’s why people adore him so much. He gives back the emotions, like kissing and cuddles. He’s a very bubbly and happy boy, considering what he has. I’m so blessed to have him.”

About Cardiology at GOSH

GOSH has led global advances in treating children born with cardiac conditions. The cardiac team at GOSH have conducted more than 500 lung and heart transplants since the cardiac unit opened, have pioneered non-surgical replacement of pulmonary heart valves, and play a leading role in developing alternatives to surgery for other heart conditions. 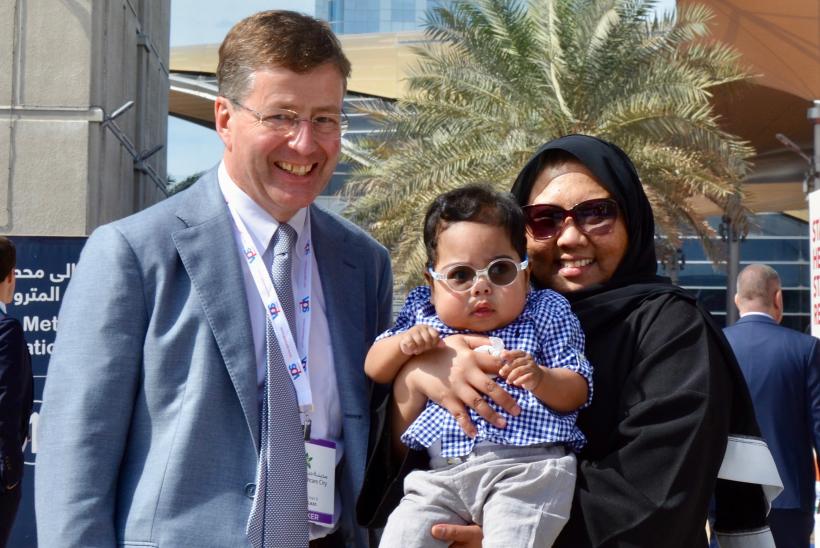 Consultant and Honorary Senior Lecturer in Paediatric and Fetal Cardiology

Dr Robert Yates undertook his undergraduate medical training in South Africa, graduating in Johannesburg before coming to the UK in 1989. After basic training in Paediatrics his postgraduate training in Paediatric Cardiology was undertaken in London. Appointed as a consultant at Great Ormond Street Hospital (GOSH) in 1999, Dr Yates is also a frequent visiting consultant to a number of overseas hospitals.

At GOSH, Dr Yates is one of four consultants in the fetal echo department. This service undertakes approximately 2,000 fetal echo’s annually and of all the neonatal operations, some 40-50% will have had cardiac abnormalities detected prenatally. Dr Yates liaises closely with affiliated fetal medicine and neonatal units to promote improved detection of cardiac disease prenatally and to optimize perinatal care for babies delivered with cardiac problems.

Dr Yates is also one of three interventional cardiologists working at GOSH undertaking diagnostic and a wide range of interventional cardiac catheterization procedures in paediatric patients. His team pioneered the development of transcatheter implantation of pulmonary valves which is now an established technique worldwide. 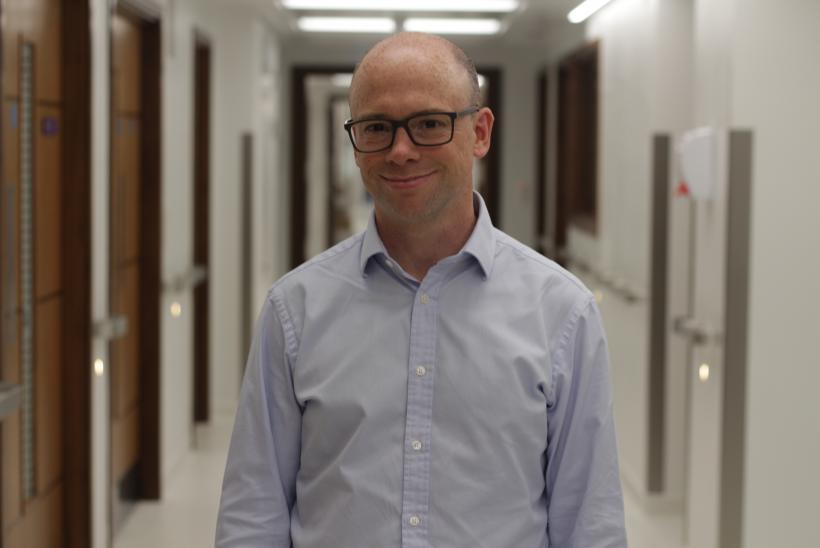 Mr Robert Henderson is a Consultant Paediatric Ophthalmic Surgeon who works in the Ophthalmology department. He is one of only three dedicated paediatric vitreoretinal surgeons in the country and his expertise includes the management of FEVR, Coats disease, Incontinentia Pigmenti and Retinopathy of Prematurity as well as complex retinal detachments.

He is also a paediatric ophthalmologist and provides opinions for inherited retinal dystrophies; he operates on complex cataract including trauma and uveitis related complications.